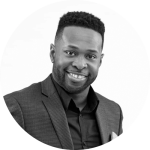 Director – Swingsations/Les Femmes/You’ve Got Male/Premiere/Sound System
Erik Taylor is a Mississippi native and obtained a degree in Music Education from Delta State University in Cleveland, MS.  Taylor has 15 years of  experience in choral music, show choir, arranging, and church music. Under his direction, Taylor’s ensembles have accumulated several championship and caption awards on the regional and national scale.  Along with his new position at Mt. Zion, Taylor also serves as the Music Director/Organist for Greater Northside Missionary Baptist Church in Decatur, IL.  In his spare time, Taylor enjoys cooking and watching SEC college football in the Fall. 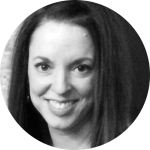 Heather has her Bachelor Degrees in Music Business and Music Education, with a Vocal Performance Certificate from Elmhurst College. She has been part of the staff of the Grammy Award Winning program at Waubonsie Valley High School, was a conductor, production manager, bookings manager and group travel coordinator for the internationally acclaimed Chicago Children’s Choir and is currently on staff as the assistant director at Mt. Zion High School, the choral director at Johns Hill Magnet School and co-director for Decaturs’ junior high Schoo choir, Collective Sound. At Johns Hill, Heather teaches K-8th Grade general music classes and has five choirs, including Xperience! show choir. During the school year, she also teaches private voice lessons and judges show choir competitions throughout the midwest. In the summer months, she is on staff with Showchoir Camps of America and is the co-director/choreographer of the show choir camp through the Mt. Zion Recreation Department. 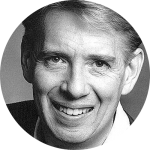 Dwight is a director/choreographer/producer out of Naperville, IL, a Chicago suburb. Mr. Jordan is co-founder and co-director of Showchoir Camps of America, Inc. He is recognized as an innovator and trendsetter in show choir staging and choreography. He has directed and choreographed numerous award-winning junior high, high school and college show choirs from across the United States. In addition, Mr. Jordan writes, directs and choreographs stage productions for the Silver Dollar City Theme Park and the Showboat Branson Belle, in Branson, Missouri. In 1996, Dwight led a team of top industry professionals, who designed the new Entertainment Arts Program for the Walt Disney Company. You may have seen him on national television as one of the judges for the Miss America Pageant. Mr. Jordan resides with his talented wife, Kari, and has three children, Greg, Ellie and Jeff.

Sam Mulligan is a senior commercial voice major at Belmont University. Sam got his start in music with his participation in show choir at a young age. He is a graduate of Mt. Zion High School and an alumni of the Swingsations. Since then, Sam has been pursuing a career as a Pop/R&B artist and musician in Nashville. Music City has offered him some incredible musical experiences and opportunities throughout the last four years including singing background vocals for Josh Groban, playing professional shows as an artist around town, and getting to go on tour as a professional background vocalist. Sam keeps busy doing studio session work, writing music, and taking dance classes around Nashville. Sam will be releasing his debut single “IDWK” on January 17, 2020, on all streaming platforms. This will be one of five songs that Sam plans to release throughout 2020, with an EP to follow this summer. Along with his artist career, Sam continues to travel as a freelance choreographer and clinician to many esteemed show choir programs across the midwest. Over the past few years, he’s been lucky enough to work with the Mt. Zion Swingsations, Wheaton Warrenville Classics, Waubonsie Valley Sound Check, Crete Cavaliers, as well as Mt. Zion and Decatur junior high programs.